Cozy Up Your Coffee Cup 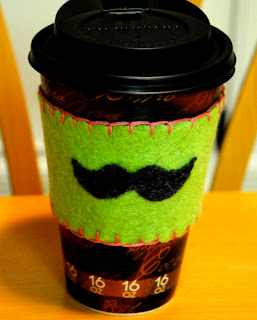 While camping at the beach we are constantly asking the question "Whose cup is this?" as we inspect one of the many red plastic tumblers with red wine remnants.  After the millionth time, Julie began to run through ideas for Camping Wine Charms, as she called them then.  A few months later we discovered Pinterest and she came across the Coffee Cup Cozy.  Most were knitted and adorable and for purchase on Etsy, but we decided to "Old Yarn" the situation.  We figured that we have piles of felt and vintage buttons from making our flowers so, we took a break from hair doodles and began our new craft with a purpose. 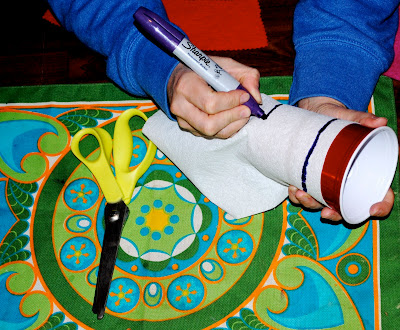 1:  We gathered felt, scissors, a marker, a paper towel, elastic thread and a buttons.  You will need to choose your own form of decorations and gather those supplies as well. 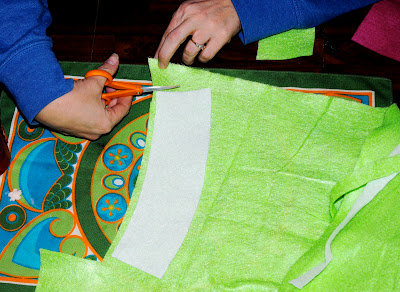 2:  To make your templet you can use a paper coffee sleeve opened and flattened, cut out and flatten the center of a paper cup or place something paper around the cup and trace the approximate band width you want, then cut it out.  Now use this as your pattern for the felt sleeve. 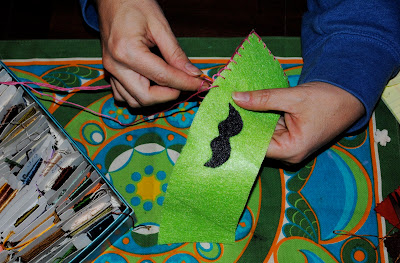 3:  It;s time to decorate your felt.  We used a fancy stitch from the sewing machine, embroidery floss for a blanket stitch around the edges, fabric shapes with fusible interfacing to iron on, and a felting needle and brush to embellish our many cozies.  Be sure to center your main design and if you are using the sewing machine to jazz up the edges, be sure you don't sew on your button until the end. 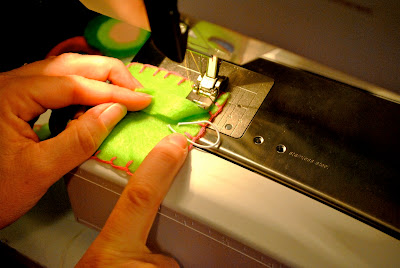 4:  With your design done, now is the time to sew on the button and the elastic thread making sure your cozy will fit snuggly around your cup.  You don't want the cozy to fit to high toward the lip of the cup because you will then be drinking from the felt and that could be gross,  especially after camping for a few days.  We found the best way to attach the elastic loop was to sandwich it between the cozy and another piece of felt. 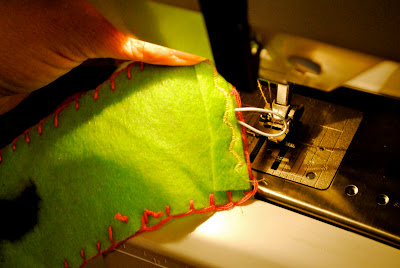 5: We were worried about slippage, so on some we ran a bead of hot glue along the back to act as a grip for extra insurance.  Be careful with this idea.  The best place for the glue, ended up being behind the decoration or smearing it flat with the tip of the glue gun because a regular 3d strip of hot glue along the top and bottom made a bump that could be seen once the sleeve was placed on the cup.

We made one for each camper and it really did solve the problem.  The entire camping trip we knew who was drinking from what and everyone one "felt" special with their very own AND very campy Coffee Cup Cozy! 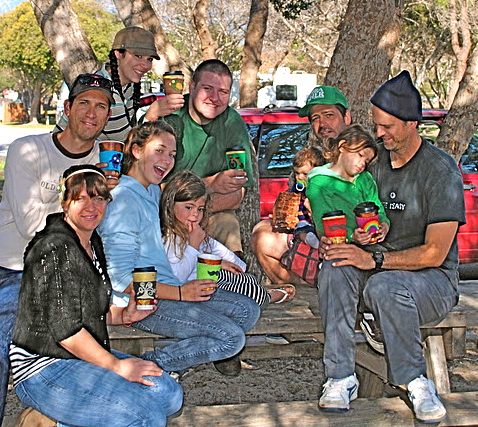